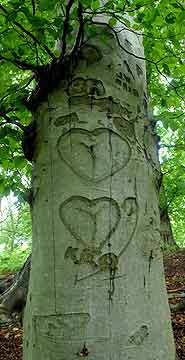 Why is it that I can’t stand bureaucracies? Oh, that’s right, now I remember. Red tape destroys a World War II monument in Normandy because a farmer did not have the money to prune his trees. Government is so efficient.

I guess nothing really matters except the present generation: no past, no future. Now, us: that’ all that matters. Right?

Hats off also to the majority in the Supreme court who once again have decided to rewrite the Constitution by finding a new right somewhere in invisible ink. Boumediene v. Bush is precious. This sounds like a good plot for another National Treasure sequel.

I am sure the founding fathers hid every right imaginable on that parchment. We have until the end of the world to find them all.

Perhaps the purgatory of the said Supreme Court justices could be to write “I will not rewrite the Constitution” a thousand times in invisible ink without the fires of Purgatory heating up the ink to reveal the words (See National Treasure for details). St. Peter will only let them out when their work is cool enough to be invisible.

Oh, the dishonor of it all. Where did all the heroes go?