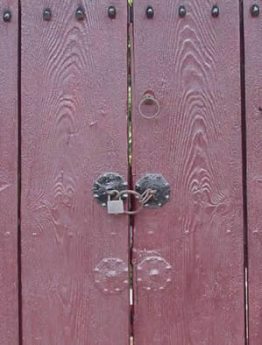 As a result of one of my last posts, I have been engaging in a debate with Paul Edwards, evangelical pastor, radio talk show host and blogger on his website, The God and Culture Blog. Edwards maligned Mother Teresa and I decided to defend her honor.

Edwards has deleted my last comment, posted Saturday night. I reposted it again yesterday afternoon, just in case I made a mistake in making the entry the first time. I didn’t. The comment has been deleted again. Edwards does not have a comments policy listed on his blog, and I would note that he does not moderate comments by requiring approval. Both times my comment was up for hours before he deleted it. He has not acknowledged or explained the deletion.

I am sorry that Paul Edwards is an anti-Catholic. I pray for him. He nevertheless needs to be held accountable for his irresponsible prejudices against Mother Teresa and Catholics in general.

In my last post, I commented on his response to me, which remains up on his site. The whole thread, less my deleted comment, can be read here. His comments in my “offending” reply are in block quotes. Here it is:

You have disqualified my thesis about Teresa because I don’t really know her life – but again I will say for I think the THIRD time: we have Teresa’s OWN WORDS. I did not place Teresa among the faithfuless. Read her letters. It is HER OWN WORDS that question her faith, not mine.

Yes, she questioned her faith. She was tempted, but she persevered. Our Lord reminded His disciples that to follow Him they must carry their cross and keep their hand to the plow. This is precisely what Mother Teresa did. She poured out her heart in confidence to her spiritual adviser in the midst of great difficulty, because she suffered terribly. And she remained faithful.

When for example she said: “I no longer pray,” that does not mean that she no longer gave God her mind and heart in the act of prayer, but it did mean that her experience of prayer was agonizing, and she experienced the burden of her human weakness. Everyone has their low points both in their life of faith and elsewhere (for example, in their marriage) of which they speak to no one or to only very few. We sometimes let out groans of exasperation to the one we trust the most. We all know this. It happens to all of us.

I made the valid point that you know almost nothing about Mother Teresa, because first of all it is true, and secondly, because a working knowledge of her life would give you a context into which you might place this private correspondence. If you took the time to do that with an open mind, you would be compelled to admit, as others who have taken the time do admit, that she was a woman of deep faith who carried her cross, who relied on the grace of Christ, and who persevered in heroic love of neighbor.

No Catholic – including you and Teresa – believe in justification by faith. You believe your faith makes it possible for the CHURCH to justify you through the sacraments, etc. You and I mean different things by “faith” and “justification.” It is faith as a free and unmerited gift (grace) that truly justifies on the basis on Christ’s penal substitutionary sacrifice alone. No Catholic believes that, and for you to suggest otherwise is in perfect accord with the deception the Catholic Church has perfected: co-opting language that makes it appear you are closer to an evangelical/biblical position than you really are.

It is faith as a free and unmerited gift (grace) that truly justifies on the basis on Christ’s penal substitutionary sacrifice alone.

In fact we do hold this. Please tell me why Catholic belief in Baptism is logically contradictory to this statement.

No Catholic believes that, and for you to suggest otherwise is in perfect accord with the deception the Catholic Church has perfected: co-opting language that makes it appear you are closer to an evangelical/biblical position than you really are.

You call my criticism of your obvious ignorance of Mother Teresa an ad hominem attack, but then you subscribe to a grand conspiracy theory of the Catholic Church against the true revelation of Christ. Yes, I said your statements about Mother Teresa were bigoted, because they are based on ignorant prejudices. You seem to have a habit of this in regard to all things Catholic.

Your assertion that the we, Catholics have co-opted “language that makes it appear [we] are closer to an evangelical/biblical position than [we] really are” is absurd. The Church’s interpretation of the Bible is far older than your protest interpretations. We would only be co-opting language, if we borrowed it from you. May I remind you that Protestantism got started only in the 16th century.

The Church has always taught that justification begins with faith, and that it is unmerited. I am sorry that Protestants decided to disagree with us over faith and justification by redefining them. So who co-opted the language?

Your implication that I am not prepared for direct and frank opposition is readily disporoven by the fact that I control the comments on this blog and every one of yours has posted. I am not afraid of your opposition. I understand it completely. Your responses have been civil, with the exception of one or two ad hominem jabs about ignorance and narrow mindedness.

Paul, I did not imply that you were unprepared for debate. I am eager to be civil, but I honestly find your eager assault on Mother Teresa and your flippant assumptions about Catholics to be offensive. I responded by pointing out your apparent disinterest in learning anything that might challenge your ignorant assumptions. I repeat, you know very little about Catholic belief, and almost nothing about Mother Teresa. I hope you do more to investigate the facts without imposing on them your conspiracy theory cookie cutter.

I posted on a newer thread of Edward’s where he complains about Catholics calling him to task about his anti-Catholic views, and then goes on to record the irreconcilable differences between Evangelicals and Catholics on the question of justification.

This one also made it up on his site, but was deleted without explanation after five minutes. I don’t mean to be hard nosed, but in the free market of ideas which is the blogosphere, I think people should be held accountable for their outrageous statements. Please let Paul Edwards know what you think. Here is the new deleted comment. Again, Edwards comments are in block quotes:

You are accused of being anti-Catholic, not because you express your theological differences with the Catholic Church, but because you indulge prejudices and choose to remain ignorant in matters upon which you pontificate. Your post on Mother Teresa is a case in point. Not only do not know what you are talking about, but you very casually accuse the Church of being engaged in an active deception regarding the teaching of Christ. That is the difference with expressing theological disagreement and bigotry.

Is the fact that I pointed this out the reason why you deleted my comment on the Mother Teresa thread?

I am not aware of any policy written on your website to indicate why you would have deleted my last reply to you. Most bloggers, if they are going to moderate comments, do so by requiring approval before the comment is actually posted. My reply was up for hours on Saturday before you deleted it. I reposted it yesterday and it was up again for hours before it was deleted a second time. It is basic blog etiquette to note such deletions and give some explanation for the action, especially if you have not made your policies known before hand.

No amount of shouting the word “ALONE” helps them understand the critical biblical difference between what their church teaches and what the word of God actually says. Beyond that, the Church is teaching them that their righteousness is inherent – that is, they already possess righteousness which is made effective for salvation through the Church and its sacraments. Those of us on the Reformation side of the divide recognize that our righteousness is NOT inherent; it is the rightousness of Another that has been imputed to us by grace through faith (Galatians 2:16; Philippians 3:9; Titus 3:5).

As you well know, Martin Luther invented the phrase “faith alone,” as it appears in scripture only in James 2:24, the context of which is not favorable to the Protestant position. One would think this might be a problem for your contention of sola scriptura, but that is another matter.

Your contention that the Catholic Church teaches that righteousness is inherent is patently false. Please provide some references. One good piece of advice to follow when critiquing something you disagree with, is to try to understand it from the proponents point of view, instead of jumping all over it before you have understood the intended meaning.

As to what justification by faith means (which both Catholics and Protestants accept as infallible divine revelation, contrary to your opinion) we obviously disagree. However, just because Catholics don’t follow your interpretations doesn’t mean they don’t follow scripture. That is an important distinction which you don’t seem to grasp.

Read for example the Swedish theologian and New Testament scholar, Lutheran Emeritus Bishop of Stockholm, Krister Stendahl in his monumental essay “The Apostle Paul and the Introspective Conscience of the West.” Stendahl critiques most of Western commentary on Paul, both Catholic and Protestant, on the basis that the original context of Paul opposition the Faith and the Law has been lost:

Furthermore, the Law is not any more the Law of Moses which requires circumcision etc., and which has become obsolete when faith in the Messiah is a live option—it is the moral imperative as such, in the form of the will of God. And finally, Paul’s argument that the Gentiles must not, and should not come to Christ via the Law, i.e., via circumcision etc., has turned into a statement according to which all men must come to Christ with consciences properly convicted by the Law and its insatiable requirements for righteousness. So drastic is the reinterpretation once the original framework of “Jews and Gentiles” is lost, and the Western problems of conscience become its unchallenged and self-evident substitute.

It is this interpretation of St. Paul, because it wrenches out of its original context the meaning of justification by faith, that compels you to put the “ALONE,” in “faith alone,” where it does not exist.

2 thoughts on “Malignor of Mother Teresa Closes Door on Debate (Update, 11:52 am)”