God bless Terry from Abbey-Roads for his defense of the Virgin Birth:

Believe it or not, there was an enormous Church Council once convened in Ephesus to discuss these matters.  The result of which came the solemn definition (dogma) that the Virgin Mary is truly the Mother of God.  Therefore Mary was a virgin before, during and after giving birth.  Profane or even pious reasoning may not agree with that, but such ideas are mistaken.  People of good faith can never fully comprehend these mysteries through natural knowledge or understanding, but that is no excuse to deny it, dismiss it, reject it, or mock it.

Sometimes we can talk too much about that which we cannot understand, but which, however, God has made abundantly clear is true.  Or as St. John Chrysostom said in a Christmas homily:

Though I know that a Virgin this day gave birth, and I believe that God was begotten before all time, yet the manner of this generation I have learned to venerate in silence, and I accept that this is not to be probed too curiously with wordy speech. For with God we look not for the order of nature, but rest our faith in the power of Him Who Works.

Men of action don’t talk to death a mystery, or question the power of God. Rather, they defend His honor and that of His Holy Mother. 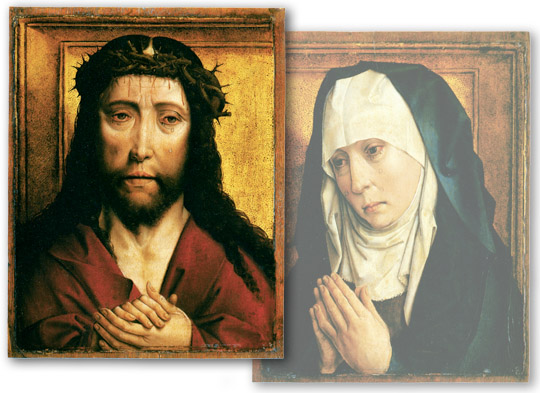 This is the first of two posts that I want to write on the topic of head and heart, which reflect the traditional view that the man is the head of the home and the woman its heart. My point, however, is not sociological, but theological. Nor is my point of departure the question of authority, but the question of the way in which the head and heart are mutually dependent and complementary. I chose to title these posts Theology of Head and Heart, not because my comments are academic, nor principally because I want to provide an apologetic for the differentiation of the sexes, but because the head and heart need to be harmonized in the spiritual life and not polarized as is so often the case with the “theologies”and “movements” of modern Christianity. END_OF_DOCUMENT_TOKEN_TO_BE_REPLACED