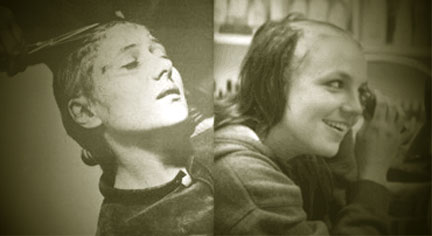 Well, good St. Joan was betrayed by the Burgundians, condemned by ecclesiastics who should have protected her, abandoned by the King she fought for and burned by the English. As a reward her story has been printed to celluloid I don’t know how many times now, and most of this waste of celluloid should be burned in the square of Rouen in reparation for the crimes of Hollywood against this great Virgin Warrior.

In spite of his flaws, I have a great deal of respect for Mel Gibson and wrote a little booklet, praising his Passion movie. Even so, I have been stopped in my tracks. Tabloid sites are claiming that he now plans to produce another Passion movie, this time a remake of the The Passion of Joan of Arc, a 1928 French silent movie that has been hailed as a landmark of cinema.

The gossipy part of the story (and I hope it is just gossip) is that he has asked Britney Spears to play the title role. The funny thing is, given Gibson’s quirkiness, he is just the man to do it and perhaps even to pull it off. Nevertheless, the yuck factor is a bit too much for me. I wish Miss Spears well, and hope she gets her life together; however, she would have to turn a miraculous performance to make me forget what she has stood for, which is diametrically opposed to the holiness and purity of the Maid of Orleans. I know. . . I know. . . This is what actors do. Their job is to pretend to be someone they are not. Even so . . .

I just hope this is not another crime that Hollywood will have to atone for. I will be the first to throw a fagot on the pyre. END_OF_DOCUMENT_TOKEN_TO_BE_REPLACED