“What in the world happened to the Traditionalists?!?!,” asks one commenter:

As one might expect, Obama also lost the Traditionalist Catholics, obtaining two-fifths of their votes. Nonetheless, he did better with the Traditionalists than with the Centrist Catholics and markedly better than Kerry’s one-fifth in 2004. This result is a surprise, being the only instance where a group of Traditionalists voted more Democratic than their Centrist coreligionists. This change represents a modest closing of the God Gap among white Catholics (although McCain still did well among regular Mass attenders overall).

Opposition to the Iraq War may account for Obama’s gains among Traditionalist Catholics: In 2004 more than three-quarters supported the war, but a majority opposed it in 2008. The Catholic Church opposed the Iraq War and its leaders, from the pope to parish priests, regularly criticized it. In addition, prominent Catholics joined the debate on related policies, such as the interrogation, surveillance, and detention practices of the Bush administration. It is ­interesting, however, that such policies could influence these voters, given their other issue positions. For example, Traditionalist Catholics were staunchly pro-life on abortion and, like the Centrist Catholics, tended to hold conservative views on economic issues. And as in 2004, they gave lower priority to economic matters than many other religious groups.

If Centrist Catholics were a bright spot for McCain, then Traditionalist Catholics were a major disappointment. This outcome may reflect the often intense competition between progressive and conservative Catholic activists for the votes of the most committed Catholic voters. Overall, white Catholics made up one-sixth of the Obama vote and one-fifth of McCain’s supporters. If white Catholic ballots are added to minority and Unaffiliated voters, the total accounts for almost three-quarters of all Obama’s ­ballots.

No definition in the article is given for “Traditionalist Catholic.”  It is only distinguished from “Modernist Catholic” and “Centrist Catholic.”  Here are the published survey results.  I assume the respondents were just given the three options undefined and were left to define and choose themselves.

In any case, the results are very curious indeed.  Why would Catholic traditionalists compromise on abortion?  One would think that those who are the least secular and the most “supernatural” in their outlook would buck the fear of being a “single issue voter.”  All is not well among the “traditionalists.”

No, traditional forms, as important as they are, are not going to save us.  Let us hope that inspite of our “orthodoxy” and “traditionalism”  we are not whited sepulchres, which outwardly appear to men beautiful but within are full of dead men’s bones and of all filthiness (Mat. 23:27).

This is not only indicates a failure of the media to inform, it indicates that our culture in general has failed to be the least bit enlightening.

We have lost the propaganda war.  One reason for this is that we have allowed education to become nothing more than propaganda.

I am really starting to detest the whole idea of American Idol.  I think that our pop-culture is the real paradigm for the American electoral process and for the education of our average countryman.

57.4% could NOT correctly say which party controls congress (50/50 shot just by guessing)

81.8% could NOT correctly say Joe Biden quit a previous campaign because of plagiarism (25% chance by guessing)

82.6% could NOT correctly say that Barack Obama won his first election by getting opponents kicked off the ballot (25% chance by guessing)

88.4% could NOT correctly say that Obama said his policies would likely bankrupt the coal industry and make energy rates skyrocket (25% chance by guessing)

56.1% could NOT correctly say Obama started his political career at the home of two former members of the Weather Underground (25% chance by guessing).

Only 13.7% failed to identify Sarah Palin as the person on which their party spent $150,000 in clothes

Only 6.2% failed to identify Palin as the one with a pregnant teenage daughter

And 86.9 % thought that Palin said that she could see Russia from her “house,” even though that was Tina Fey who said that!!

Only .5% got all of them correct. (And we “gave” one answer that was technically not Palin, but actually Tina Fey)

Zogby stands by the polling data.

Why am I not surprised? Hitchens is unable to conceal his sneer for Sarah Palin and for those who attend her rallies, which just makes his cheerleading for Obama on foreign policy and defense even more ridiculous.

Anyway Laura Ingraham did not fail to hold his feet to the fire. 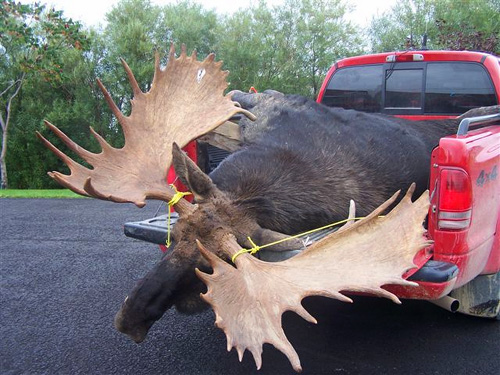 Okay, I have a touch of Palimania.  I admit it.  But I am on the road to recovery.  Still, I will say up front that the Palin pick has swayed my vote.

Think about it.  All the mythology about The One, which took 18 months and the art of Hollywood to create, was all blown away in a few days by a real middle class, religious, staunchly pro-life mom who does not appear to be politically motivated.  Even if the Republicans loose, the moment is too sweet not to savor.

BTW, Palin’s speech came close to surpassing the record breaking viewership of the big 0’s speech, even though Palin’s had been carried by 4 fewer networks.  No smoke and mirrors, no Greek god motif and no support from Oprah!  Not bad.

Whatever might be the celebrity effect that has been caused by her gender, attractiveness and story, I think that the kind of support she is receiving from the right could in no way be generated if she were not the no-nonsense, social conservative that she is.

Considering what is at stake, I think Catholics and other Christians who brush this ticket off are going to die old maids.  At some point you have to be thankful for what you have, even if it is not perfect.  That just might as well be a donkey in the back of that truck.

Even so, the objections raised against the whole working mother iconography of Sarah Palin, one that militates against the traditional socially conservative religious view of marriage and family life, cannot easily be dismissed.  I was a bit mortified by this post by Debbie Schlussel:

And for the last several days, my jaw dropped to note the partisan pandering on both sides of the aisle, first as prominent liberal feminist women suddenly discover that a woman actually should stay home and raise a family, but second–and far more disappointing to me–as conservatives and Republicans suddenly endorse the fictional notions that 1) a woman can do it all and working women are good at raising a family–nix on both; and 2) it’s not a problem that a man quit his job and subvert his life to raise the family in submission to the ambitions of his wife.

It’s odd–and, frankly, jarring–to hear formerly traditional family values conservatives throw it all former principle out the window to adopt the lingua franca of what was once the exclusive domain of the Gloria Steinems and Betty Friedans of the world, to call “sexist,” those who raise the issue of Sarah Palin’s ability to mother her family and be a full-time working woman at the same time.

What is, since Friday, now “sexist” to these many conservatives-cum-lemmings, was yesterday “traditional family values.”

Ouch.  O course, I know this.  It is why I pointed out that Palin’s political career appears more like the efforts of a mom, who was fed up with the good ‘ol boys, to set things right.  This has happened before, even in Catholic cultures.  Women have found themselves in extraordinary circumstances and have risen to unheard of prominence in order to right the wrong.  This usually happens when the men who should have done this, either were afraid to do it or were incapable of doing it.

I also have been willing to consider the possibility that providence has led us to this point.  How else do you explain the  fact that a middle class hockey mom with little backing, money and power has come this far, this fast?  And she is still nursing a special needs baby!  One might argue that just because she is stepping outside the traditional role, does not mean that every woman should.

The problem is Sarah Palin does portray herself as a feminist and does encourage women to break all the barriers.  It does seem as though she thinks that a mom can do it all, and all of it well.

Schlussel also points out that the Palimania is also causing the advocates of traditional values to except the emasculation of men:

When Palin was initially announced, last Friday, as the McCain choice, I cheered her on. What I didn’t realize is that she had five kids, some of them very young. What I also didn’t realize was that, for all the talk by the GOP about this “hockey mom,” the real hockey mom in this picture–for the last two years, at least–has been Mr. Mom, Todd Palin.

I am, as you can see, inclined to see the best in all this. I am not so sure that Todd Palin is quite as emasculated as Schlussel thinks.  It remains to be seen.

I also think that Schlussel goes a bit overboard on her comments about the situation with Bristol Palin.  Everyone knows that Sarah Palin advocates abstinence and has backed that up in both her political and personal life.

In the end Schlussel is not so scandalized that she feels obligated to abstain from voting for the McCain / Palin ticket, and neither am I:

I like Sarah Palin, and I will be voting for her, more than John McCain.

For conservatives to sweep these issues under the rug now that “one of ours” is doing it, is to say that for all these years, our movement was a fraud.

Well, I for one will not sweep it under the rug.  But neither am I so naive to think that this culture war is going to be won overnight and without some measure of imperfection.  I do agree, however that it is ridiculous for social conservatives to be suddenly screaming sexism when they are asked if a mother with five children can reasonably undertake the office of Vice-President.