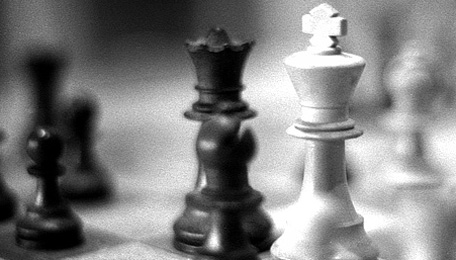 No more moves for the SSPX.

Pope Benedict has effectively brought the dialogue between the Holy See and the Society of St. Pius X to a magisterial conclusion.  Bishop Fellay has certainly transformed his way of looking at things.  In responding to the grave concerns of three SSPX bishops, Mons. Fellay is now selling Pope Benedict’s hermeneutic of continuity.  Or is he?

Within the Society, some are making the conciliar errors into super heresies, absolute evil, worse than anything, in the same way that the liberals have dogmatized this pastoral council. The evils are sufficiently dramatic; there is hardly any reason to exaggerate them further (cf. Roberto de Mattei, Une histoire jamais écrite, p. 22; Mgr. Gherardini, Un débat à ouvrir, p. 53, etc.).

Fellay’s problem is that Pope Benedict has left him nowhere to go other than into the arms of the successor of St. Peter.  It is either that or what Fellay terms as “real schism.”  His view contains a healthy dose of realism.  But the three bishops and the members of the SSPX they represent pose a real problem for Bishop Fellay.  In the above quote Fellay makes reference to the work of de Mattei and Gherardini, neither of whom are convinced that the Council can be reconciled with Tradition.  Indeed, in the preface to his new book Gherardini states:

There remains truly the fact that neither Vatican II can be recognized fully and peacefully in it [Tradition], nor can it be harmonized with the tune of Vatican II. They are two scores that cannot be reciprocally harmonized with the “dominant”, not due to any accidental note, but because one is intrinsically different from the other; and at times even opposed.

There are those who are in the Church that appear to be going out, and then those very much like them who are out and appear to be coming in. This is very uncomfortable fence sitting.  And it is not getting less complicated.  Last month, Monsignor Guido Pozzo, Secretary of the Ecclesia Dei Commission, sent a letter to the Institute of the Good Shepherd in France  regarding the results of their canonical visitation.  There he wrote that concerning seminary formation:

Rather than maintaining a critique of Vatican Council II, even a “serious and constructive” one, the efforts of your teachers must point out the transmission of the integrity of the patrimony of the Church, insisting on the hermeneutics of renewal in its continuity and using as support the integrity of Catholic doctrine expounded by the Catechism of the Catholic Church.

One wonders what Fellay and Gherardini would think of this.  Fellay is put in a very uncomfortable position by the three bishops because by accepting the Pope’s terms he will no longer be in a position to dismiss Vatican II, as he even now so casually does:

It has reached a good number (still a minority) of young priests, seminarians, and even includes a small number of young bishops who clearly stand out from their predecessors, who confide in us their sympathy and support, but who are still pretty well stifled by the dominant line in the hierarchy in favor of Vatican II. This hierarchy is losing speed.

He can’t really believe this is consistent with spirit with which Pope Benedict has called the Year of Faith.  Can he?  But he is forced to politicize his position in the interests of winning over the reluctant.

Pope Benedict has a big carrot and a big stick: a personal prelature and the doctrinal preamble.  Checkmate.

18 thoughts on “The Checkmate of Pope Benedict”