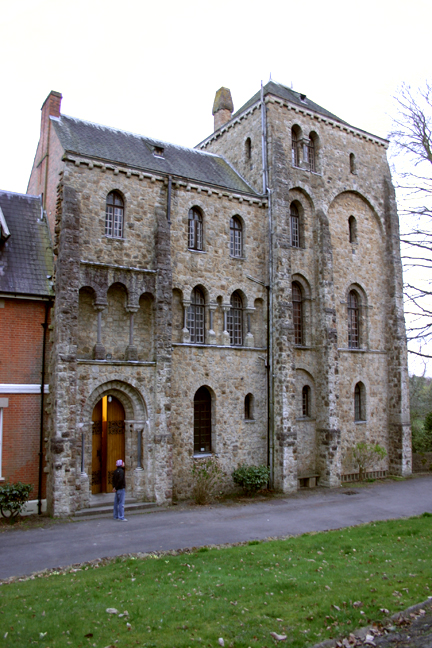 This is part of the Abbey building, done in the Norman Style. The monastery was built by the Empress Eugénie to be the imperial mausoleum for her deceased husband, Napolean III and her son. French monks seeking to escape the persecutions in France were brought there to help found the monastery. I celebrated the Extraordinary Form of the Mass in their Extraordinary Abbey Church.

The Right Reverend Dom Cuthbert Brogan OSB, Abbot at Farnborough, was very kind to us, even singing some of the propers in our effort to celebrate the Missa Cantata. BTW, it is the Abbey Press that is responsible for the reprinting of the invaluable work, The Ceremonies of the Roman Rite Described.