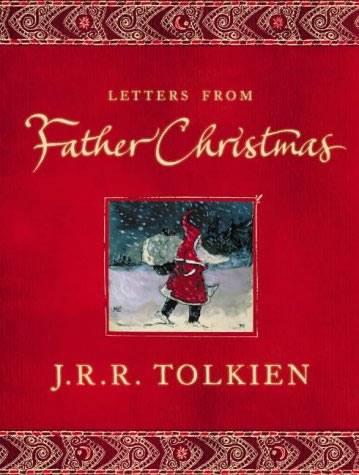 I teased Patty a bit about her question, but I am actually glad she asked it:

I have a totally off the subject question for you…There’s Catholics for Obama, right? Well, what’s your whole take on Catholics for Santa? Could you write a post on that?

First off, I think the comparison is a bit of a gargantuan stretch, but perhaps not everyone would agree with me.  I suppose there are those who believe that both Obama and Santa are pure Freemasonic constructions with no other purpose than to destroy Christianity.  While I am less sympathetic to a defense of Obama against this criticism, I certainly think that Santa deserves a fairer shake.

I want to address Patty’s question directly, but in so doing I would also like to deal with a more general and larger question, namely, what should be our general attitude toward all the “heathenries” about us?  I use that term a bit tongue in cheek because there are any number of heathen customs which over the ages have been baptized and purified by the Catholic religion.

The picture above is the cover of the published version of J.R.R. Tolkien’s Letters from Father Christmas.  These letters were originally handwritten and illustrated by Tolkien himself for his children.  Each Christmas from the years 1920 to 1943 Tolkien’s children would receive a special letter from Father Christmas himself (the English Santa Claus), or so they thought!  In each of the letters the old elf told the children of the goings-on and adventures in the North Pole.  In the picture below are several of the North Pole postage stamps illustrated by Tolkien for some of the Father Christmas’ letters.

I guess my point is that Tolkien’s Catholic credentials are pretty much impeccable.  He even was somewhat of a traditionalist, having a strong dislike for the new rite of the Mass, though he continued to be a daily communicant in his local Novus Ordo parish to the end of his life.  His intuitions were entirely Catholic, but many of his inspirations were of heathen origin.  If it weren’t for these, there would never have been The Lord of the Rings.

It was Tolkien’s love for the ancient literature of the North that in a large measure inspired the form of his mythology.  Such things in the hand of a master produce masterpieces; however in the hands of a knave, the same things can produce atrocities.  One such knave was Adolf Hitler.  Tolkien wrote the following to his son during the great war:

You have to understand the good in things, to detect the real evil. . .Yet I suppose I know better than most what is the truth about this ‘Nordic’ nonsense.  Anyway, I have in this War a burning private grudge — which would probably make me a better soldier at 49 than I was at 22:  against that ruddy little ignoramus Adof Hitler (for the odd thing about demonic inspiration and impetus is that it in no way enhances the purely intellectual stature:  it chiefly affects the mere will).  Ruining, perverting, misapplying, and making for ever accursed, that noble northern spirit, a supreme contribution to Europe, which I have ever loved, and tried to present in its true light.  Nowhere, incidentally, was it nobler than in England, nor more early sanctified and Christianized. . . (Letters, # 45).

Hitler had taken Norse mythology and turned into a diabolical religion of hate and racism.  Tolkien took the same material and Christianized it in way that is almost mystical.  The myth of Santa Claus or Father Christmas is an element of Western culture that has the same quality.  It is what you make of it.

I most certainly think that we do well to lift the Christian history out from the myth so that we can once again see it for what it is.  We need to celebrate the memorial of St. Nicholas of Myra (December 6), with some solemnity and make sure our children hear the true story and develop a devotion to the real saint.  There are all kinds of Catholic, ethnically based customs that could be adopted to do this.  But that the Father Christmas myth should be banished from every true Christian home?  I don’t see that such a precept should follow from an authentic understanding of the Catholic faith.

True, much of the image and story of the modern Santa Claus takes its origin from heathen mythology, some of which is of that Norse persuasion for which Tolkien had such a fondness.  But so what?  I have heard arguments that the Christmas Tree is of pagan origins also and I have heard arguments to the contrary.  I have never bothered to resolve the issue because I really don’t see the point.  It is true, there are elements of culture that are truly beyond rescue (to my mind, I think Rap and Hip Hop may be such), but I don’t see a historical or doctrinal basis for the narrowest possible interpretation of these issues.

I can’t imagine that Tolkien’s children were harmed by the letters from Father Christmas.  Even though, like all other children who have been told the myth, eventually they had to be disabused of their belief, I can’t imagine that as adults they had anything but fond and wholesome memories of their childhood Christmases.  What would it have been like to be a child at the feet of J.R.R. Tolkien and hear him tell a story or read a letter from Father Christmas?!

And this brings me to the larger issue.  I have no problem with people arriving at their own solution to this question or ones like it, and I don’t see why anyone should be particularly bothered that we might make up our minds differently.  I fully understand the reaction that traditional Catholics have had against secularization, particularly when they have felt themselves left out to sea by their fathers, both within the family, in the government and in the Church, but I grow more and more suspicious of the way that personal opinions become absolutized as the only real “Catholic” option.

I see the attraction of it for sure.  There are so many voices and so many unwholesome influences.  We want to control the environment as much as possible and we want to offer relatively simple solutions that can be explained easily and applied without variation.  I can see a father of a family making a simple and sweeping generalization about a certain kind of music, for example, and then expecting unquestioning obedience.  But the real dimensions of this issue are not confined to this, especially in America, where our individualism leads us either to throw off the yoke of rules completely, or on the other hand, to absolutize our own opinions as necessarily to be followed by all those of good faith.

There is here a larger question of the governance of communities, whether they be loose associations of families or parish communities, or organizations like the MIM.  It is one thing to speak of the relative dangers, say, of rock music, it is another to assert that all men of good shall not have any CD that is not first approved by the local pastor or the acknowledged oracle of the community.  For example, I have been generally willing to talk about cultural issues and the moral implication of Catholics’ participation in world around us, but I am loathe to pronounce generalized condemnations of cultural elements where the Church has not.  I even avoid being the arbiter in disputes about whether this or that movie or music is okay, not because I think such guidance is misplaced, but because my opinion is likely to be accepted as gospel, or on the other hand, if another priest has given different advice, there appears to be some scandal, which there is not.   I think there is a real danger of orthodox and traditional communities and associations of becoming merely sectarian sub-cultures within the Catholic Church.

Unfortunately, in my opinion, not enough of us realize this.  We tend to think that persons who do not wish to live with all the restrictions generally assumed to be necessary in more orthodox circles to not be sufficiently converted, when in fact they merely find our narrower interpretation of what is permissible to be just that, our narrow interpretation.

Once again, with eyes wide open I set myself up to be misinterpreted and misunderstood.  But it is necessary.  I have argued strenuously for the restoration of Catholic Culture (unfortunately I can only find the third part online) and have thought long and hard about it, but I don’t think it can be accomplished by piling rule upon rule, or assumption upon assumption about what is universally best for everyone.

A few years ago, I looked with suspicion upon an effort to build a traditionalist Catholic village in the Eastern United States, because I thought that throwing a pile of money at a mountain to build something that looked like a medieval town and engineering a pristine Catholic culture to be imposed on this little community of people was naive.  Perhaps I am too harsh.  I do understand that these are the days when radically Catholic ideas and the courage to implement them are necessary, but I also think that practical common sense and the good will to know the difference between doctrine and opinion are more necessary today than ever.

The Church has always been in dialogue with the world.  She has sought to escape the world, it is true, but never completely, otherwise the evangelization of the nations and the conversion of souls would be impossible.  I have said this before and I will say it again:  orthodox and traditional circles of people need to direct their attention outside their own little worlds and quit assuming that they have everything all figured out for everyone else.

I know what is likely to happen, I will be quoted out of context as though I am supporting some form of mushy Catholicism.  In the post-Vatican II disarray some have suggested that the only way to counter the disintegration of Catholic life is to fight it with the other extreme, as though if we are left with any liberty to think for ourselves we will be betraying the faith.  This can only be based on revisionist history.  Not even the Middle Ages was like this.  It is myth that there was no diversity of culture and usage among the people of Christendom.  In fact I will go a step further, with Chesterton I say:

[T]here never was a time in the whole history of the human race when it was more necessary to defend the intellectual independence of man that this hour in which we live.

In our world gone wild we don’t need more and more secondary restrictions, we need people who have the fulness of the faith, but who are also intellectually independent enough to find creative solutions to the problems which we face, or in the words of Tolkien who defended his mythology against the supposition that it could be misused and abused:

. . . Abusus non tollit usum [the abuse of a thing does not take away its proper use]. . .[W]e make in our measure and in our derivative mode, because we are made: and not only made, but made in the image and likeness of a Maker (“On Fairy-stories”).

We should use this power wisely, but use it we must;  and never was it more important that we should do so than now.