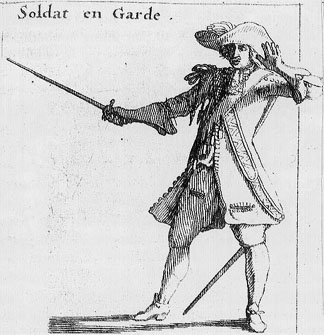 Ben Acheson has responded to my last post on the Templar rehabilitation. You may want to follow the thread of comments here. However, in the interests of fairness I want to give his comment prominent attention:

I would like to clear up a few misconceptions.

First and foremost, my brother and I make no claims about the Knights Templar or about ourselves.

Several years ago some letters between the Vatican and the Knights Templar were leaked to a London newspaper which used local records to trace Timothy and I. We told reporters what little we could and the story later appeared in numerous other places. It was reported that every October 13th for almost a century a request for the truth and an apology had been sent. There are reports that a response was recently received. I can’t confirm this.

Since then we’ve been contacted many times and asked many questions. We help as best we can. This is nothing but a minor nuisance. We are not paid for our time and do not benefit in any way whatsoever.

Please note that we have no position of our own on the Templars, only a willingness to share what little local history we know. Journalists routinely refer to us as Templars but we have made no reference to this ourselves.

So far as history is concerned I can offer you this:

In spite of the Templar arrests in France it was a few years until any arrests were made in England, so that the country became a natural refuge for those who didn’t fancy having body parts roasted off or being tortured or burned alive. There was a lot of public support for the Order here, particularly in Hertford, where there are records of civil unrest due to the arrest of four Templars from nearby Temple Dinsley. They were first locked up in Hertford Castle and then two were taken to the Tower of London. No executions took place. Everybody survived. No treasures or items of interest were recovered and indeed even the Temple’s ships managed to escape capture. Given the minimal persecution in England, is it really so hard to believe that some Templars may have continued to meet? In a military organisation when the leaders are captured the highest ranking officer available takes charge. He requires no special charter or permission to do this.

Situated close to two major ancient roads, Royston Cave was just a hidden storehouse. It was used by trading Templars from Temple Dinsley to store goods bound for market. After the persecution began it is thought that some middle-ranking Templars were hidden in the cave. Certainly somebody made carvings almost identical to those made by senior Templars on the walls of Castle Chinon in France where the main leaders of the Order were held. Royston cave remained hidden under a millstone for hundreds of years and was discovered by accident.

The similarity in the carvings led to the quite reasonable speculation that the Templars did not completely cease to exist worldwide on 13th October 2007 – but that some continued to meet, be it officially or unofficially.

Hertford Town Centre, where Parliament relocated during the Plague and where it is thought the date of Easter was decided during the synod of 673 AD, has always been riddled with tunnels. These vary in date from the 12th century to the 19th century. Those of most interest are beneath Bluecoats and Bailey Hall. Bluecoats was built on the site of the Priory of St John and Bailey Hall was built upon medieval tunnels of unknown origin. There are family stories and local legends of Templars being hidden in some of these tunnels.

No trace of the Holy Grail though. That’s just journalistic sensationalism, as is much of what has been said in the media and sometimes attributed to members of my family.

PS: “the renewal of chivalry is extraordinarily important for the restoration of moral and cultural common sense.” (Well said.)

God bless you all.

Thank you, Ben, for the kind words.