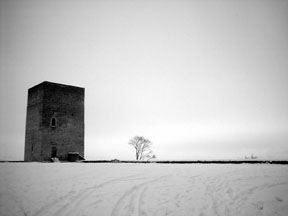 WHEREAS, every human person is created in the image and likeness of God to whom all life belongs,

WHEREAS, therefore, every human person has an inviolable dignity and a fundamental right to life,

WHEREAS, that right is upheld by the infallible teaching of the Roman Catholic Church,

WHEREAS, abortion, assisted suicide and euthanasia are sins against Almighty God, gravely contrary to human dignity as abominable acts of murder, and contrary to the Church’s teaching,

WHEREAS, every baptized Catholic is bound under the laws of the Church to accept the condemnation of a abortion, assisted suicide and euthanasia, and are subject to the penalty of excommunication for notorious and obstinate dissent from this teaching,

WHEREAS, every Knight of Lepanto is a baptized Catholic, and has further sworn by a chivalrous vow to defend the Church and the weak,

WHEREAS, any public support of abortion, assisted suicide and euthanasia on the part of a Knight of Lepanto is gravely contrary to both their obligations as a Roman Catholic and a Knight of Lepanto, is morally reprehensible, a public scandal and subject to the above mentioned penalties; therefore be it

RESOLVED, that the Knights of Lepanto will do all in their ability to defend the rights of the unborn, infirm and hopeless with every legitimate exercise of their power and resource; and be it further

RESOLVED, that any and all public dissent on the part of a Knight of Lepanto in whatever form from the Church’s teaching on abortion, assisted suicide and euthanasia will absolutely not be tolerated under any circumstance; and be it further

RESOLVED, that every attempt to fraternally correct the brother will be made by the Tower Master and the brethren of the Tower, and in the event of the obstinate persistence of the brother in dissent from the Church’s teaching on abortion, assisted suicide and euthanasia, the case will be referred to the Sovereign High Council ; and be it further

RESOLVED, that in the event of persistent and obstinate refusal on the part of the dissenting brother to reform his opinion and behavior, the Sovereign High Council must do its duty and issue a decree of expulsion, stripping the aforesaid brother of all insignia of our fellowship, breaking the spurs bestowed upon him at his investiture, and obliterating every sign of his association with the Knights of Lepanto; and be it further

RESOLVED, that the Knights of Lepanto will direct all their power and every legitimate means against any all who publicly oppose the Church’s teaching on abortion, assisted suicide and euthanasia, including any former Knight of Lepanto, and pursue canonical remedies against them.

The Knights of Columbus do great work around the world in support of life, but come on, guys, throw the bums out.

“Shunning,” it seems, is a word used to bring up all kinds of unsavory associations. Excommunication is used by the Church, not only punitively and to protect the common good, but also as a remedy for the sin of dissent. Heresy has consequences, eternal consequences. Temporal consequences help to make that clear. No one is served, least of all the dissenter, by leaving him in good standing.